Hypro designs and manufactures up to 5000HL Unitanks/Fermentation Tanks in one piece in the factory.  We also offer an on-site solution where road transport is a limitation. In such a case, tank components are assembled on site. Prefabricated surfaced finished top dished ends, bottom cone, the shell material is sent to site. Extended 5 years manufacturer guarantee speaks of reliability and peace of mind for our customers. Hypro has a qualified and experienced team to handle jobs of this nature. The automation system is well thought and selected right from sensors, controllers, and final control elements.

Aerated Cold wort from the brewhouse pitched with fermenting yeast is filled in the Unitanks batch-wise. (Normally 2-6 brews/tank). As the fermentation of the extract starts, it produces alcohol and CO2. Since the reaction is exothermic in nature, heat is evolved and is dissipated by circulating glycol in the cooling jackets of the Unitank. Temperature is automatically maintained in the Unitank by a PC-PLC based system. The control logic has been defined in the control logic document. At the end of the fermentation cycle, the first cooling cycle starts. In the first stage of cooling, the beer is cooled from fermentation temperature to 4 Deg C. At this temperature, the yeast settled at the bottom is collected from the Unitank and pumped to the Yeast Plant. After removal of yeast, the second stage of the cooling cycle starts where beer is chilled down to –10C. After achieving a temperature of –1 Deg C Maturation cycle starts and beer is matured in the Unitanks for a period of about 5-7 days. CO2 counter pressure is applied during this cycle to maintain the CO2  atmosphere in the beer and avoid oxygen pickup.

We would love to see you on social media!

Hypro has customized manhole designs for top and bottom and makes way for easy handling during production. The design facilitates ease of cleaning to maintain good surfaces year after year.

The most important aspect during the manufacturing of the Unitanks. To ensure constant surface finish all over "Hypro" has automatic polishing machines that can handle shells, formed dished ends, conical ends. Internal and external polishing can be done with the machines which ensure smooth surfaces and good aesthetics.

Cellar process piping meets "Hygienic" standards making the operation over years easier for the brewery from operation & CIP aspect. As a standard "Hypro" uses stainless steel material for piping of utility likes glycol or alcohol-water. Mild steel material is avoided although it has a cost advantage.

Platforms come in components that can be easily bolted on-site and no welding is necessary for assembly. As an option "Hypro" also offers platforms in Stainless Steel material which nearly eliminates mild steel or galvanized steel materials.

Tank tops come with reliable safety equipment from European suppliers. For cleaning of the tanks as a standard "Hypro" recommends tank cleaning machines which are heavy on first investment however they payback with water savings in due course.

As a standard "Hypro" always manufactures tanks with welded cladding for the bottom cone and top dish which in the end serves for longer life of insulation and better aesthetics.

How do I clean a tank before first time use?

This is an easy process. DO NOT use acid first. To remove any chemicals or welding lubricants from your new tank, you must first run a cleaning cycle with a caustic solution. We recommend running two separate cycles for absolute cleaning. Do not use an acid first, as a white residue will form. You must always clean your tank after receiving it from the factory.

Do the Unitanks come equipped with a CIP Spray Ball?

The Unitanks do not have a spray ball included. The Unitanks come equipped with a 3″ TC Accessory port in which you could place a 3″ Spray Ball.

Do the Unitanks have internal gallon markings?

No, Unitanks do not have internal volumetric markings.

Can you serve beer from a Unitank?

Although Unitank has the capability to serve beer directly, it is recommended that you transfer the beer to a dedicated serving vessel like a Brite Beer Tank or Keg to avoid the inadvertent contamination of fermentation by-product in the finished brew.

What is the warranty exactly?

We test all our tanks for optimum quality before placing our 5-year warranty on them. This covers any issues with the tank’s function that would be considered a factory error. We also replace broken or faulty parts should this occur in the 5 year warranty period. We require photos of the damaged part(s) before helping with warranty related issues. If we determine it is an operator error we will not cover replacements or fixes. The warranty becomes absolutely void if you make any alterations or fabrications to the tank after purchase. We do not guarantee other people’s handy work. 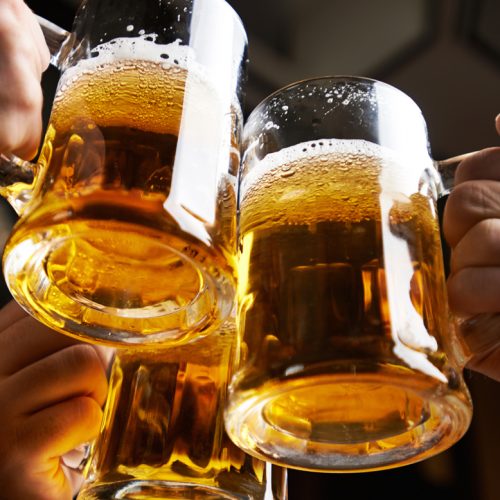 Hypro Fermentation Tanks provide exactly those assured conditions. They are tailored to the diversity of types and the specific system of fermentation parameter control operated by your brewery. Our vessels are designed with versatility, allowing all the brewery functions to be combined in fewer vessels for the economy, or separated into several vessels for increased capacity. Hypro is the Turnkey Solution provider for Hygienic Process Industry & a manufacturing giant for Industrial Brewery, CO2 Recovery, Energy Recovery, Water Degassing & Oxygen Rectification Plant. Today, with a market share of over 85%, Hypro is a lead supplier of CO2 Recovery Plants in India.